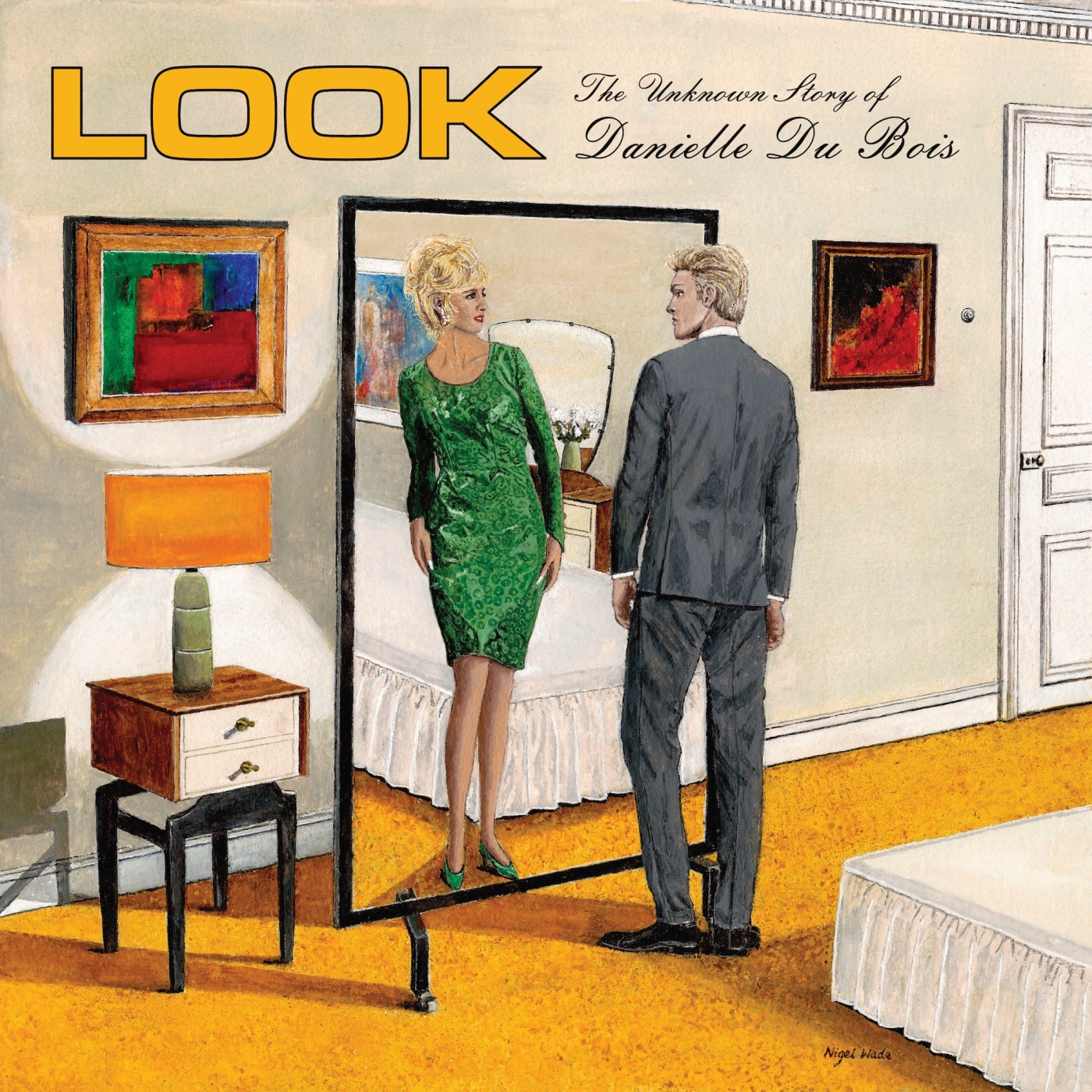 I love the video to the title track,‘The Mirror (Look!)’, the song around, which the whole concept and narrative revolves.  The video features my painting, the build up to its completion, the album cover and some amazing images it was based on, created by Rich Clark Images.

LOOK! is a concept album that was inspired by, and is dedicated to my friend April Ashley, who was a trailblazer and an inspiration to millions.

The beautiful sleeve painting was done by Nigel Wade, artwork & design and mastering by Ian Button.

There are currently discussions afoot about the possibility of turning the album into a stage musical, which would be very exciting, though I know such things are often only in the daydreams we hold.

People have been telling me I should write a stage musical for decades, and, who knows, I may just have done it at last! I’ll keep you all posted on how things progress on that front.

I’d like to say a big thanks to Ray Gianchetti at Kool Kat Musik for his unwavering support of my music.

And to my husband, Neil France, who has listened and offered advice throughout the twelve months or so that I’ve been working on the album. It’s been a long process but one which I really enjoyed.

I’m thrilled that ‘LOOK – The Unknown Story of Danielle Du Bois’ is being released by Kool Kat.

The Artwork is available as a limited edition giclée print from my Giclée Prints for Sale page.